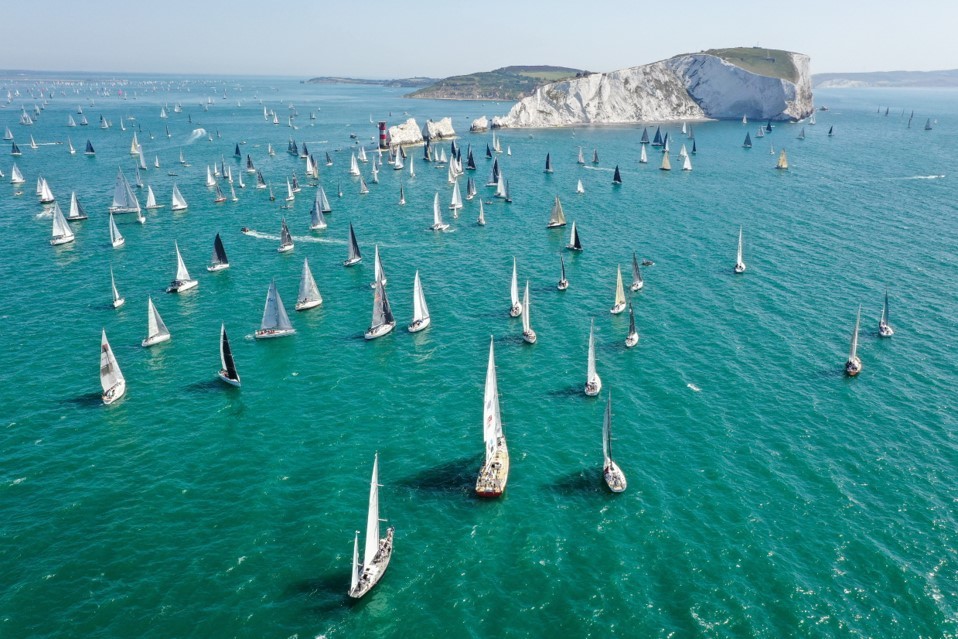 BLOCK OUT YOUR DIARIES NOW FOR SATURDAY 26 SEPTEMBER 2020

NEW DATE  -  The Round the Island Race has been running since 1931 and is listed amongst the world's largest and most famous yacht races. Organised by the Island Sailing Club in Cowes, Isle of Wight.

This event is one of the most popular fixtures on the Solent racing calendar.  Please see the ROUND THE ISLAND dedicated website for further information.

ROUND THE ISLAND ROWING RACE LAUNCHED

An exciting new rowing race has been launched by the organisers of Round the Island Race, the Island Sailing Club and The Bubbleheads Rowing Team. The rowing teams will set off on Thursday 24 September from the Royal Yacht Squadron start line in their ocean rowing boats, circumnavigating all 65 nautical miles around the Isle of Wight, in a bid to be the fastest.

There will be five or more teams competing, including The Bubbleheads, Minds Matter, Atlantic Titan, Team HPF and Emergensea Girls. The Bubbleheads crew is made up of four saturation divers, all of whom have an insatiable desire to challenge themselves physically, mentally and emotionally to raise money for a charity close to their hearts, the Wessex Cancer Trust.  They will use the Round the Island Rowing Race as part of their training for an Atlantic crossing at the end of the year.

Andrew Taw, The Bubbleheads Navigator said: The Ocean rowing teams feel privileged and honoured to be invited to one of the greatest yachting regattas in the world. We hope to share our passion for the sea with the yachtsmen and women participating in the Round the Island Race.

Dave Atkinson, Round the Island Race Director said: The Round the Island Race and the ISC welcome the rowers to our event this year. Its been clear to us during our conversations that they share our enthusiasm for our iconic event. It will be interesting to see how quickly they can complete the course and try to set a record for it.

The world-famous Round the Island Race has now been rescheduled to Saturday 26 September.  Organisers are optimistic that over 1,000 yachts will compete; it will be the first time in its 89-year history that the race is being held so late in the sailing year.