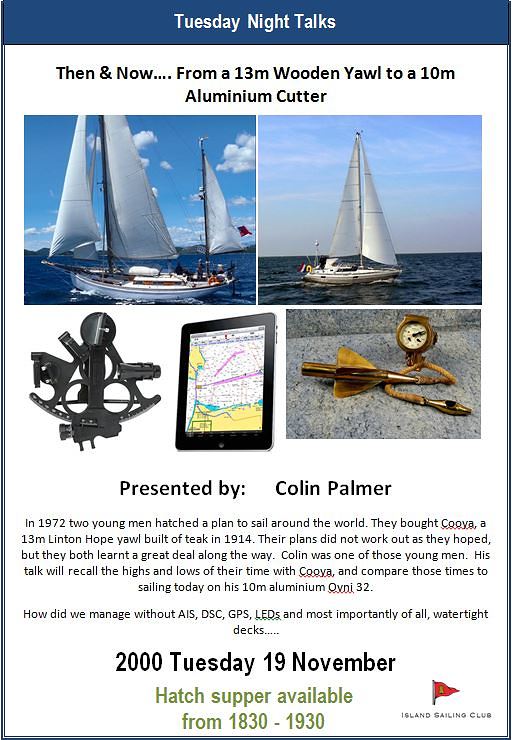 In 1972 two young men hatched a plan to sail around the world. They bought Cooya, a 13m Linton Hope yawl built of teak in 1914. Their plans did not work out as they hoped, but they both learnt a great deal along the way.  Colin was one of those young men.  His talk will recall the highs and lows of their time with Cooya, and compare those times to sailing today on his 10m aluminium Ovni 32.

How did we manage without AIS, DSC, GPS, LEDs and most importantly of all, watertight decks…..

Previous Add to calendar Next